Scranton Times-Tribune: Arkoosh Is “Making Aid For Working Women And Female Business Owners A Priority In Her Campaign”

Pennsylvania Capital-Star: As Commissioner, Arkoosh “Has Continued To Push Policies That Support Parents And Childcare Workers, Including An Increased Minimum Wage For County Employees And Gender-Neutral, Paid Parental Leave”

SPRINGFIELD TOWNSHIP — Val Arkoosh, a physician and Chair of the Montgomery County Board of Commissioners running for U.S. Senate, continues to lift up women’s health and workforce issues on the campaign trail, from child care access and paid leave, to abortion access and Black maternal health disparities.

Read more below about Val’s efforts to lift up Pennsylvania stories on all the issues impacting women and working families.

As COVID-19 and the child care crisis continue to drive women from the workforce, earlier this month, Val released her priorities for helping women return to the workforce and supporting women’s businesses, a plan “informed by conversations with health care workers, childcare providers, and female entrepreneurs.” Her priorities are outlined HERE.

Val lifted up her plans for securing universal access to child care and giving children a healthy start in life at multiple campaign stops this month, including in Pottstown and Scranton.

The Scranton Times-Tribune wrote: “Four local female business owners advocated more support for small businesses and workers who need child care. The women spoke Thursday to Val Arkoosh, a Democratic candidate for the U.S. Senate in 2022, who’s making aid for working women and female business owners a priority in her campaign. Her campaign organized the roundtable with the women at Paradise Soulfood & Sweets in downtown Scranton.” 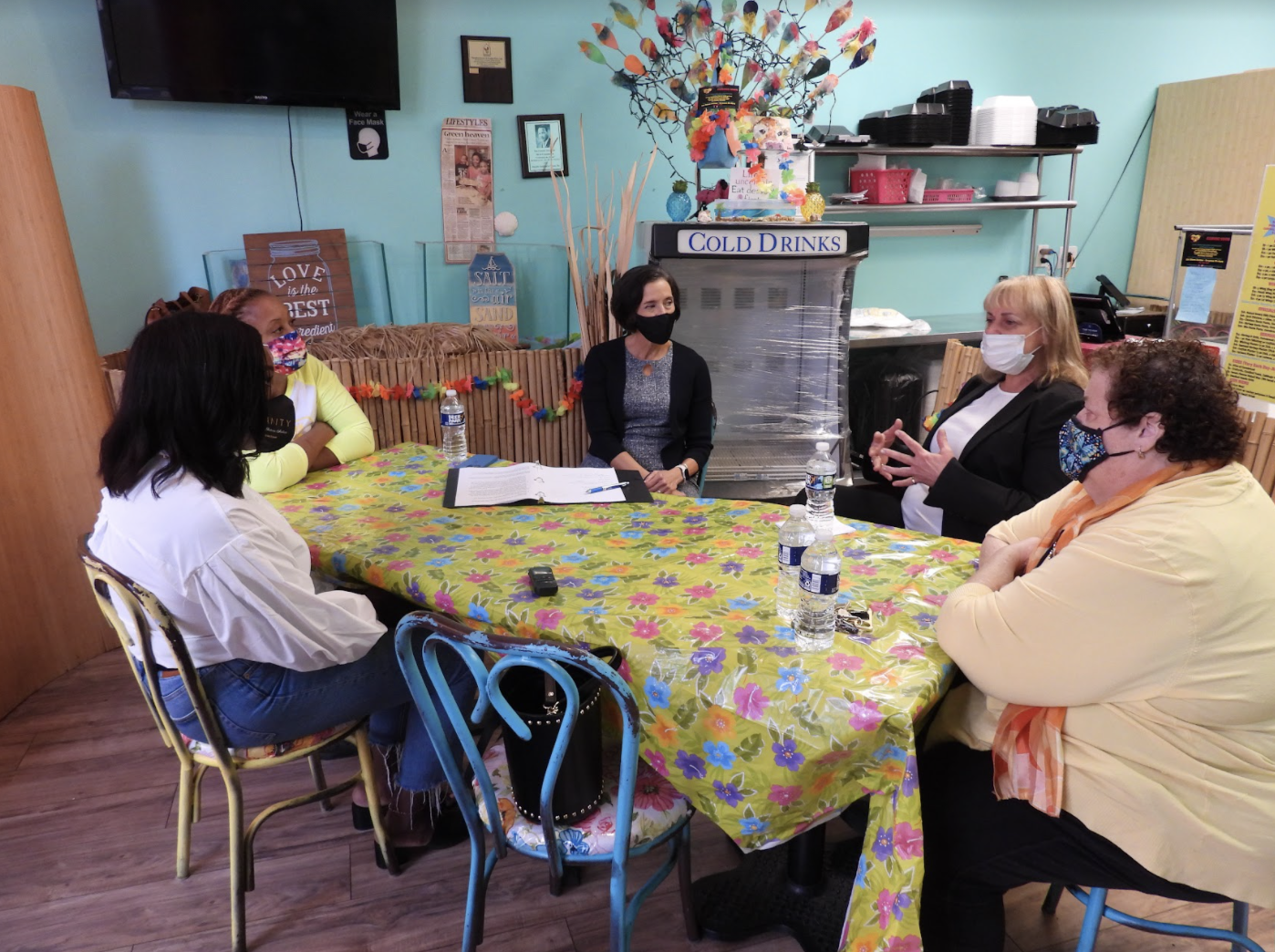 Val also toured the YWCA Tri-County Area’s Early Education Center in Pottstown, where she spoke to parents and teachers about the challenges facing child care centers. 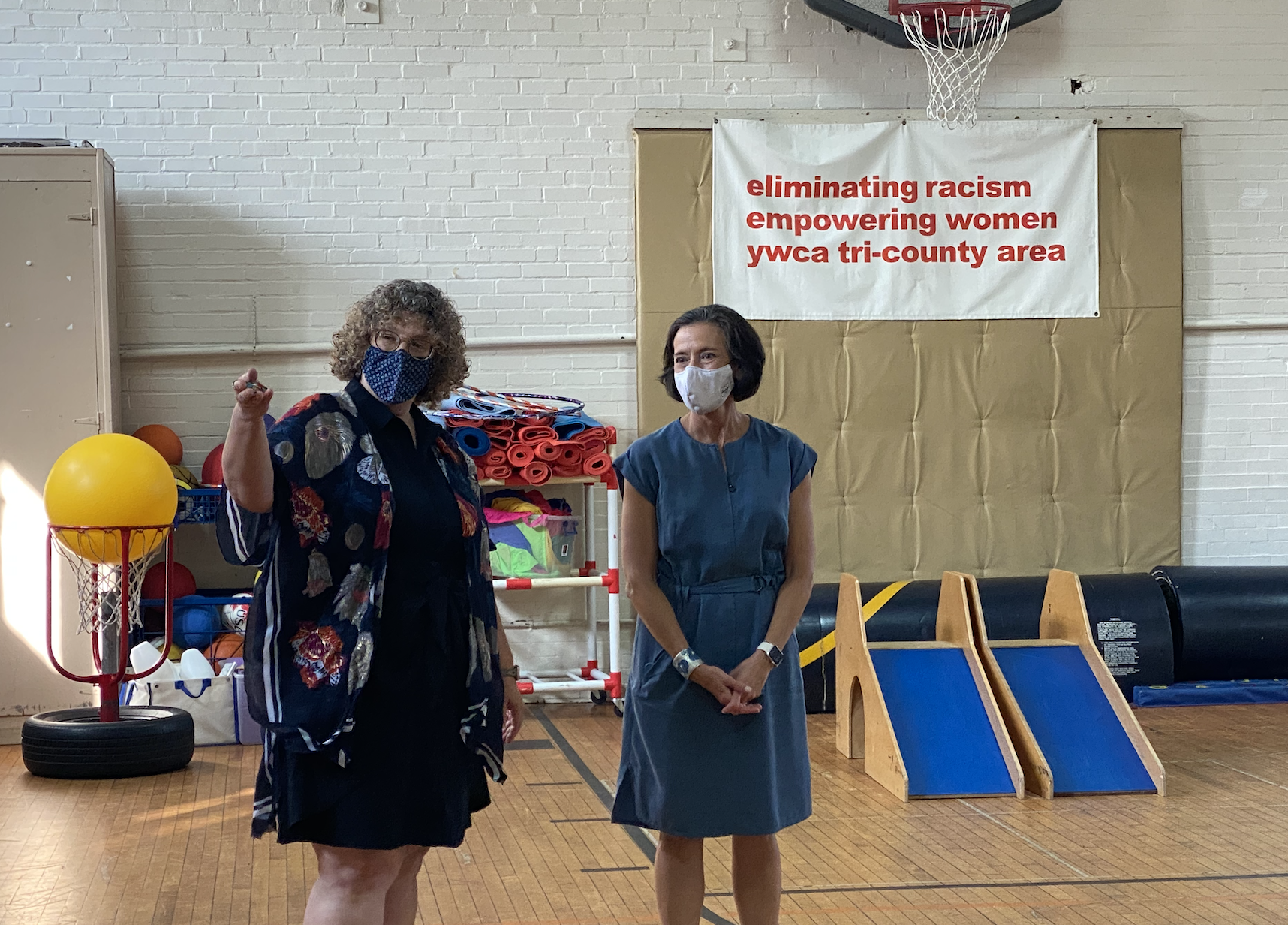 Val’s priorities aim to help get women back into the workforce, better pay child care and care economy workers, support working families, and help get our kids off to a strong start in life. Writing about Val’s priorities the Cap-Star noted that as leader of Pennsylvania’s third-largest county, Val “has continued to push policies that support parents and childcare workers, including an increased minimum wage for county employees and gender-neutral, paid parental leave.”

As a physician, Val also uniquely understands just how critical health care access is for working women and families, and the fact that our health care system doesn’t treat all families equally. 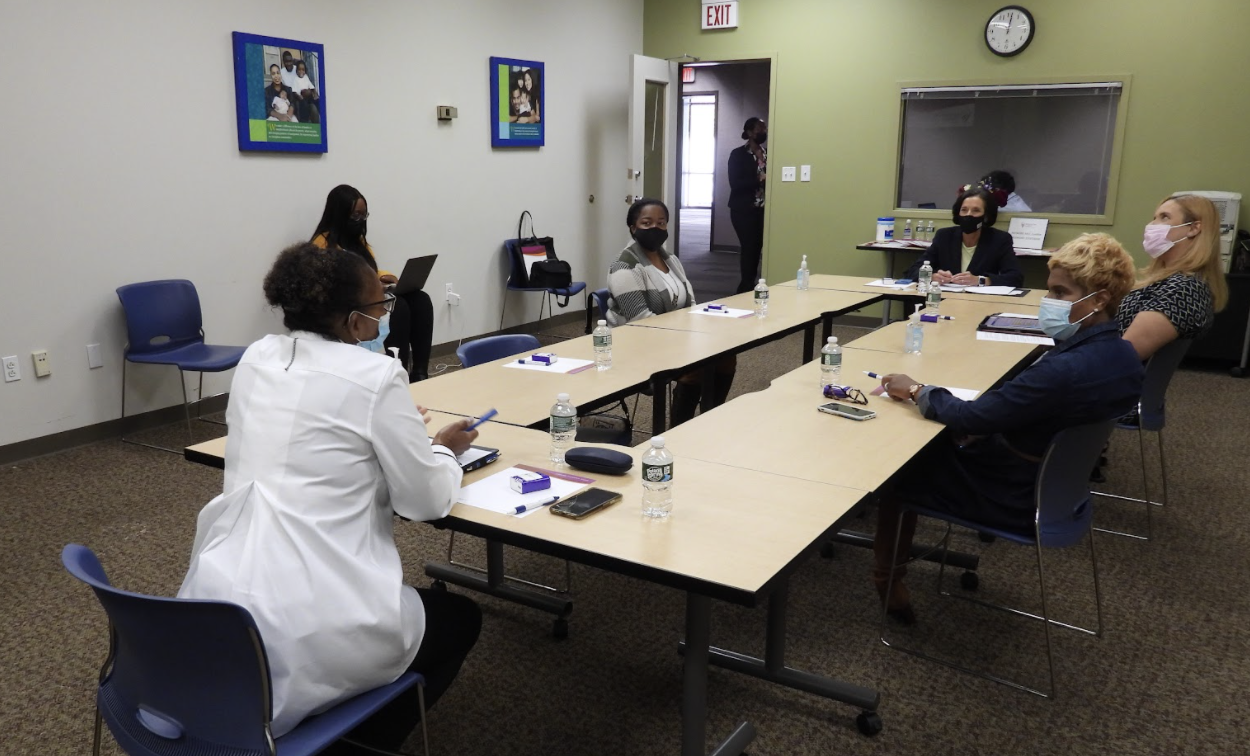 Val also recently spoke in support of paid time off for families who experience pregnancy loss at a press conference with Amanda Cappelletti (SD-17) and Reps. Liz Hanbidge (HD-61) and Melissa Shusterman (HD-157), who are advancing Pennsylvania legislation to provide workers with three days of paid leave if they experience a pregnancy loss like a miscarriage or stillbirth, undergo unsuccessful fertility treatment, have a failed adoption or surrogacy arrangement, or receive a medical diagnosis that impacts fertility or pregnancy. 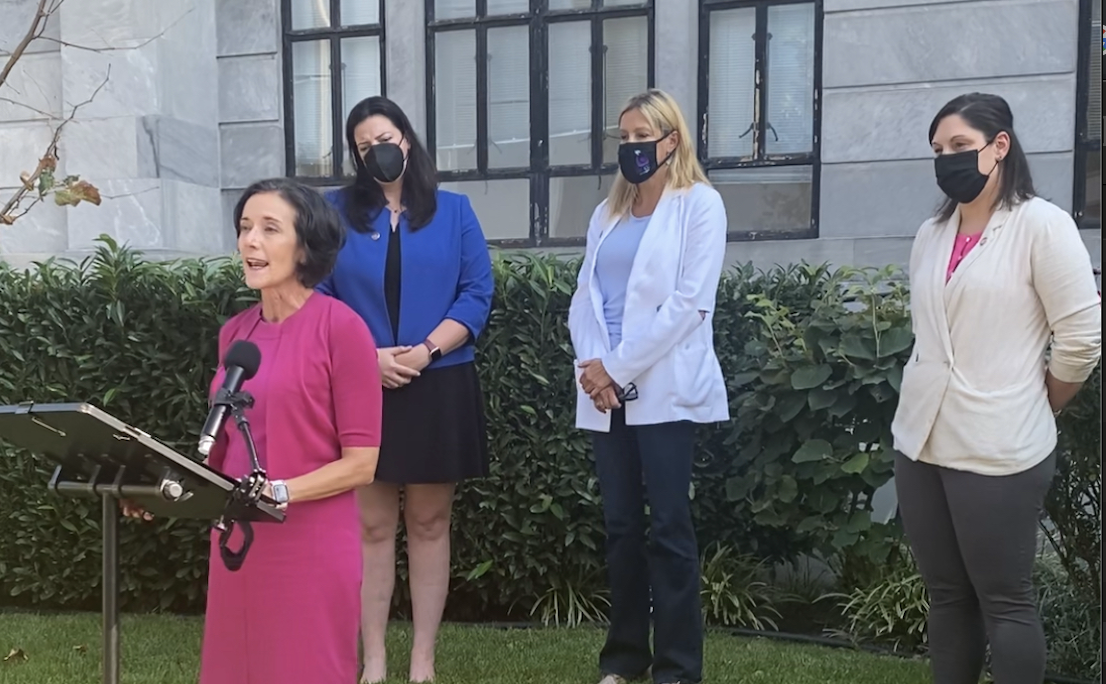 Val has also continued to raise the alarm on the unprecedented attacks on abortion access we have seen around the country and on Friday released a statement after the Supreme Court declined again to block the Texas abortion ban and instead put review of the law on its docket for next week, saying: “There are pregnant Texans who need abortion services right now and the next day, yet this decision will force them to continue to go out of state or be left with no options at all. It’s more urgent than ever that we codify Roe v. Wade into law immediately, and work to expand abortion access. Health care should never have to wait at the hand of a stacked court.”

In addition to calling for passage of the Women’s Health Protection Act in the U.S. Senate, Val has outlined additional steps she would take to expand abortion access and access to contraception at no cost in a post on Medium.

She has also been lifting up the stories of Pennsylvania women and physicians who have given voice to the need to defend abortion access for families like theirs. 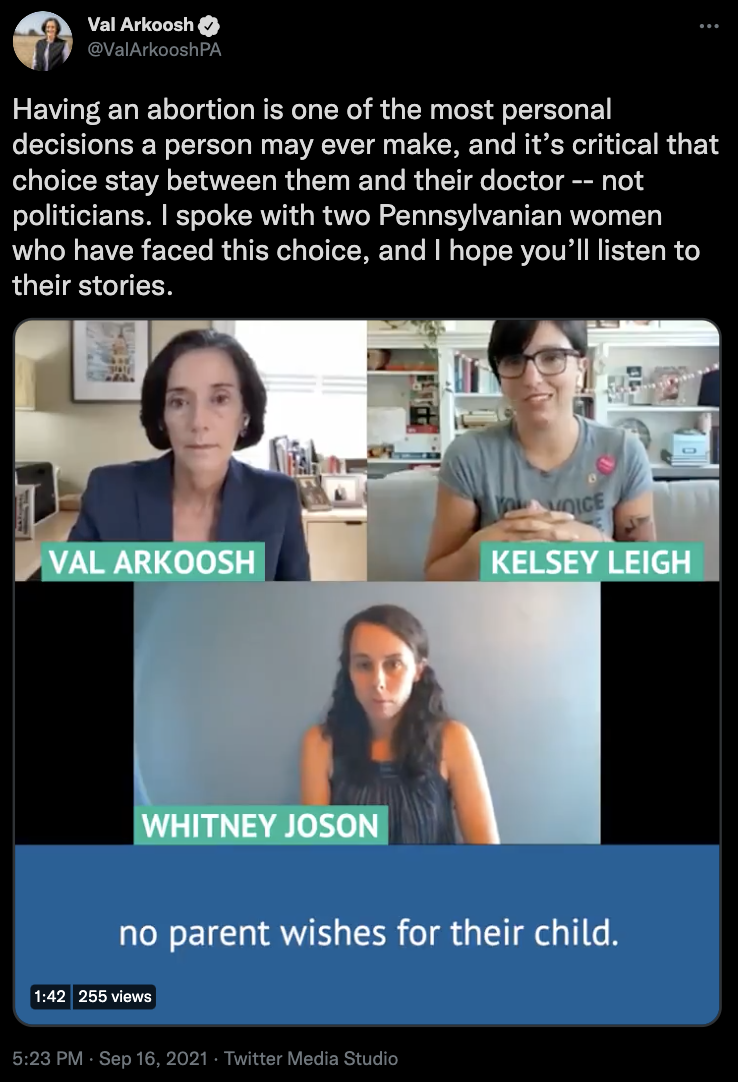 City & State Pennsylvania reported that: “Arkoosh has made abortion policy a key issue of her campaign for U.S. Senate in recent weeks. A memo released by her campaign called her the ‘strongest possible voice for codifying Roe, defending the doctor-patient relationship and ensuring women have affordable access to the full range of reproductive health care options.’” Read that memo HERE.